What Is a Victorian-Style House?

Constructed throughout America in the nineteenth through twentieth centuries, Victorian-style homes are increasingly popular among modern homeowners due to their unique characteristics. Victorian architecture features intricate detailing, tall spires, and outdoor porches that modern builds not feature today. Their widespread appeal paved the way for various types of Victorian styles, creating new features that design choices that remain favorable for current homebuyers. Continue reading to learn more about Victorian homes and what it means to purchase one of these lavish properties.

The History of the Victorian-style House 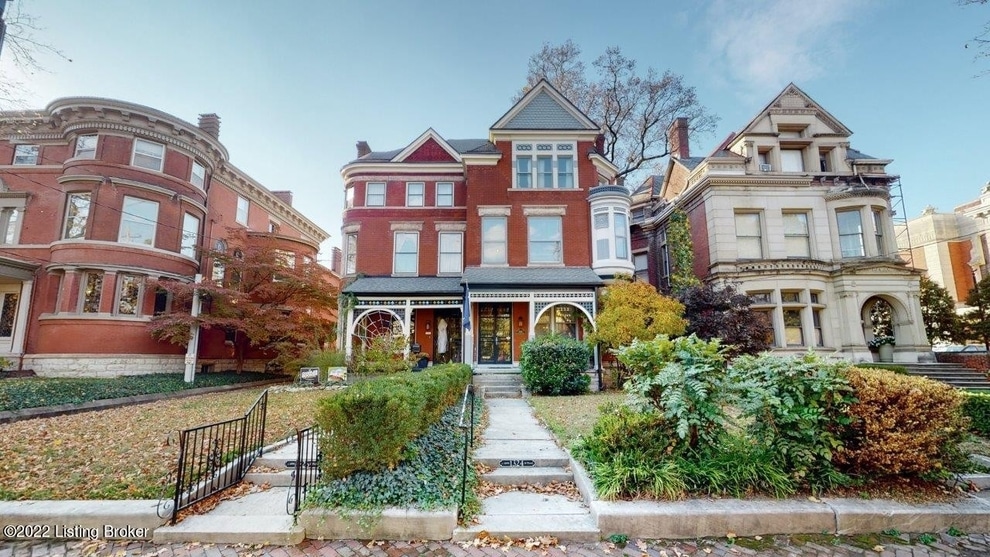 Victorian homes are all the rage these days, but they originally developed during Queen Victoria’s reign, from 1837 to 1901. The Industrial Revolution prompted a wave of creativity among architects, who could suddenly build grand and ornate homes, flexing their style and showing off their talent. While they were largely a part of the culture across the pond, lining British towns and cities, the style quickly came to America.

Victorian homes became especially popular at the tail end of the 19th century as materials became more easily accessible, further contributing to their rise in popularity. Toward the end of Queen Victoria’s lifetime, the style became less common, especially in America. Picture-perfect, cookie-cutter homes popped up in droves, to prioritize efficiency and low cost. Americans no longer needed Victorian-style homes and instead turned toward optimizing the space they could buy with their housing budget.

While Victorian eventually decreased in favor among buyers at the time, their exclusivity contributed to their rise in popularity in the modern day. Today, homebuyers explicitly search for Victorian homes, or quickly act to purchase this style of home if they come across it during their search. 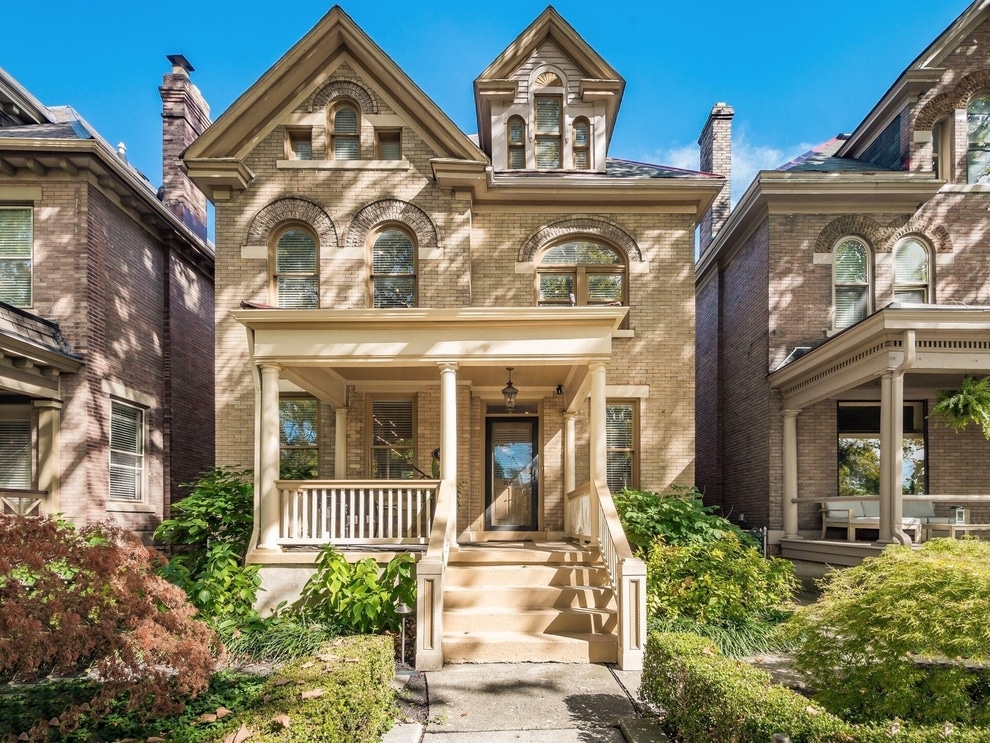 Victorian-era houses consist of a few key features on the interior and exterior. While some may seem outdated, given the modernity of homes today, these features elevated the home’s appeal. Victorian homes typically include several of the following interior features:

Many American Victorian homes are three stories stall. However, each story is narrow with high ceilings. Homeowners must get creative with their decorating and storage solutions, using large bookcases, decorative wall art, and tall cabinetry to draw the eye up.

From top to bottom, Victorian home interiors are just as intricate from one room to the next. Upon stepping inside, viewers can expect to find door and window trims, wooden trim and detailing on the ceiling, and decorative staircases with lavish banisters.

Compared to All-American cottages and craftsman homes, the Victorian-style home offers a darker, gothic style. With typically dark color schemes, including trims and window panes, these homes make for the perfect movie prop for the Halloween season. The detailing can include dramatic lines and shapes to draw attention and create an interesting silhouette.

When building Victorian homes, constructors used brick, stone, or wood. While many homes tended to lean toward the darker side of design, some chose to embrace lighter colors that added a pop of uniqueness in the likeness of fashion.

Brick chimneys have quickly become a hallmark of a Victorian-style home. Homeowners needed chimneys to heat their home, driving their demand. Homeowners can therefore also expect to find a fireplace inside.

Many Victorian homes include a slated roof that slopes from the center point down dramatically. The steep roof can make it difficult for owners to climb onto the surface safely, meaning homeowners may need to consider hiring outside help for any home improvement projects.

The picture-perfect tower, also known as a turret, contributes to the grandeur of a Victorian-style house. In a home, that usually looks like a cylinder-shaped corner addition with a slanted, triangular roof. This feature makes the home appear castle-like, appealing to potential buyers who wish to find eye-catching shapes in their home. 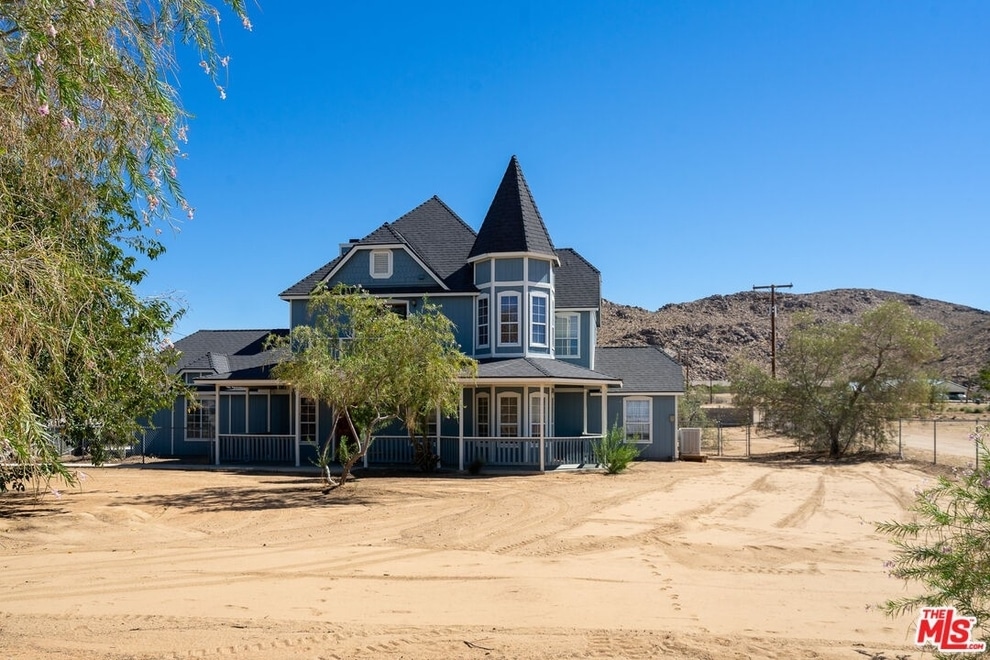 Victorian-style homes spanned in time and location, meaning various architects evolved and created their own variations.. In turn, what one might see in a Queen Anne Victorian style in Seattle may seem unrelated to the vampy Romanesque style on the East Coast. Let’s dive into the key differences between Victorian-era architecture.

A popular choice in America, Folk Victorian became nearly as iconic as the standard, sometimes whimsical craftsman bungalow style when it comes to history-rich homes. Folk Victorian homes were the turning point of the Victorian home and helped to bring the style to the masses. This type of home is smaller than a typical Victorian and includes less detailing, making it more affordable for homeowners who shifted their priorities from visual appeal to other features.

The Queen Anne Style rose to popularity from the 1880s through the early 1900s. This subsection remains uniquely American and can vary slightly depending on location in the country. Highlights generally include intricate porches with spindle work, asymmetrical fronts, and cross gables.

The Shingle Victorian design grew in popularity alongside the Queen Anne style and borrowed some of its features. The shingle variation differed from the traditional Victorian look, where shingles covered the roof and walls. With an asymmetrical design, the eclectic nature of this style provided Americans with the chance to showcase their individuality and wealth. Due to the expensive design and construction process, the Shingle Style was not as common as the Queen Anne Style.

Gothic architecture developed during the medieval period and evolved into the Gothic Revival variation in Victorian architecture. Victorian Gothic Revival homes in America include strong lines like pointed arches, steeply pitched roofs, and wooden trim. This type of home can also feature a decorated porch and a tower that has a high point.

What to Know About Living in a Victorian-style Home 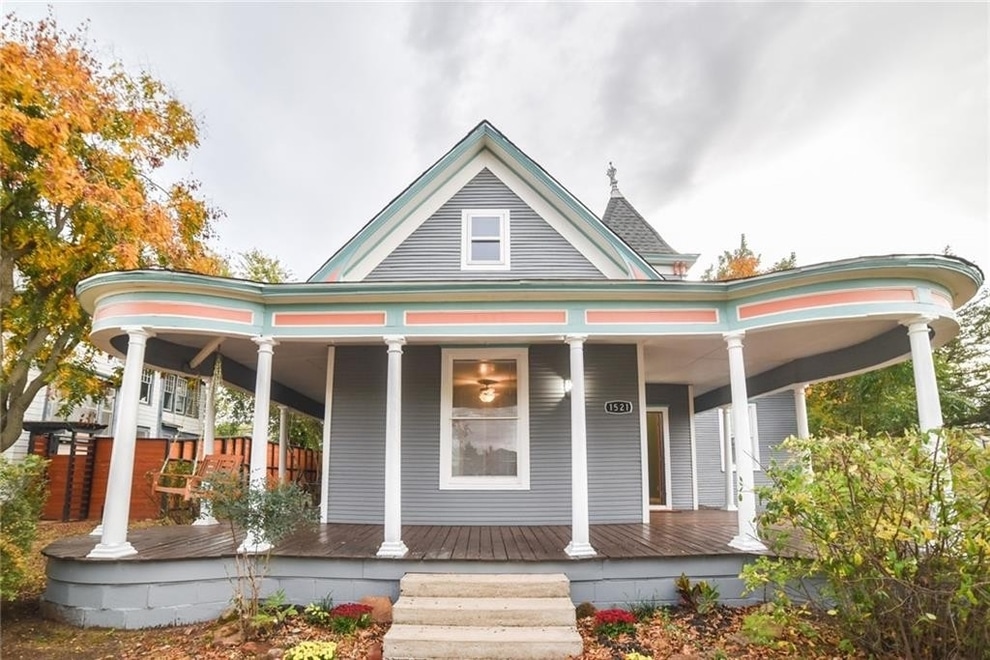 Purchasing and owning a Victorian home comes with unique features and challenges. If someone wants to purchase a Victorian-era home, they should prepare for additional costs and considerations that they may not have to face with a more modern build. Potential homeowners should consider the following if they’re entertaining the idea of purchasing a Victorian home.

While open floor plans are popular in modern homes, Victorian homes lean toward the opposite. With small rooms that max out on details and character, minimalism remains almost impossible in a Victorian-style home. Potential homebuyers with eclectic tastes will enjoy decorating their home with different textures, materials, and colors.

Owning an old home comes with a host of risks, but because of the Victorian home’s unique nature, those problems may amplify. A few common issues in a Victorian-style home include hard-to-repair features like fireplaces, chimneys, and intricate details, especially in doors and windows. Since many professionals only know modern techniques, it can be difficult and expensive to find someone to repair an older and decorative feature. Homebuyers should consider that their hidden costs of homeownership may be higher than those who own modern homes with easy-to-replicate features.

Victorian homes date back to the mid-nineteenth century, earning some of them landmark status. This status comes with its own protections that may prohibit or restrict updates and remodeling. Those who plan to purchase a Victorian home should check with their real estate agent to determine if the home has a landmark status. If it does, they should further consider that they may not be able to renovate down the line. 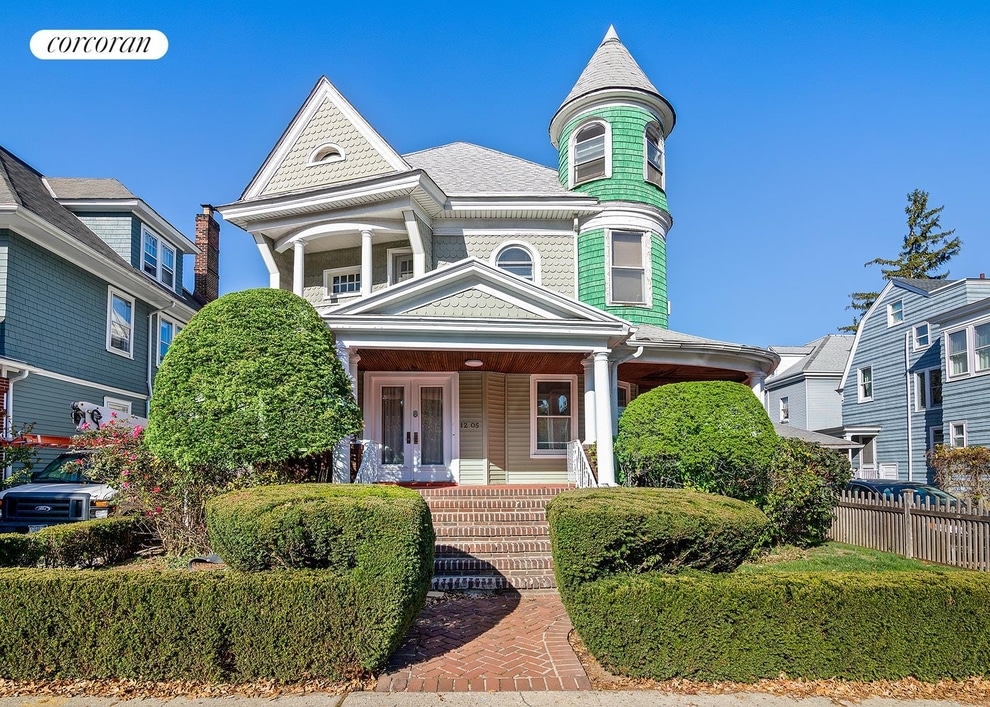 Whether as an October staple or a tourist magnet, Victorian homes play a key role in pop culture. Here are just a few instances where this style plays a key role.

One of San Francisco’s top attractions, the Pink Ladies, fall under the Victorian umbrella. The street of pastel-colored Victorian homes entices visitors year-round. When one of the homes go on sale, they draw the eyes of potential homebuyers around the country. This stretch of homes also appears in the Full House opening theme song.

Edward Hopper’s painting, The House by the Railroad (1925), influenced Alfred Hitchcock’s design of the home that appears it the 1960 horror movie, Psycho. The home leans into the Gothic Revival style with it’s steep roof, sharp lines, and moody persona.

While many scenes in Top Gun take place in the air, part of the set features a Californian Victorian cottage. The small abode features staple characteristics of a Victorian home, including a slated roof, large porch, and intricate trim.

On the western part of this Brooklyn neighborhood resides Victorian Flatbush, a collection of over a dozen blocks that consist of many unique homes and community buildings. Drawing from various Victorian styles like Queen Anne and Shingle, no two homes in the area look alike. The oversized decorative houses remain a rarity across the city, and many properties have a landmark status.

American homebuyers continue to appreciate and seek out Victorian houses. With their rich history and unique style, there’s something special about owning a piece of America’s past. When considering whether or not to purchase this kind of come, consider that the lavish decorations do come with a potential higher price point.

Homebuilder Sentiment Remains Low, But Rises for the First Time in a Year

What Is a Row House?

Previous article
Will The Fed’s 0.5% Hike Impact Mortgage Rates?
Next article
How Much Does a Home Inspection Cost?