The Most Expensive U.S. Places (Towns and Villages) report considers the top 100 places with the most expensive median sales price in 2022. Places refer to any U.S. town, neighborhood, or village where the population exceeds 2,500 people, per 2021 U.S. Census Population Data. Of the 16,000 places identified nationwide, 9,000 met the population criteria for this report. RealtyHop then ranked these places by median closed transaction price, generating a list of the most expensive places across the country.

The 10 Most Expensive Places

The country’s most expensive places are located in expensive pockets such as the San Francisco Peninsula. Atherton, CA, ranks as the most expensive place in the country, where the median closed transaction price is $8,113,000. The next location on the list, Hillsborough, CA, resides under 20 miles away from Atherton and has a median closed transaction value of $5,500,000. Woodside, CA ties for second place. Homes in these locations boast thousands of square feet, luxurious finishes, and access to their local communities. 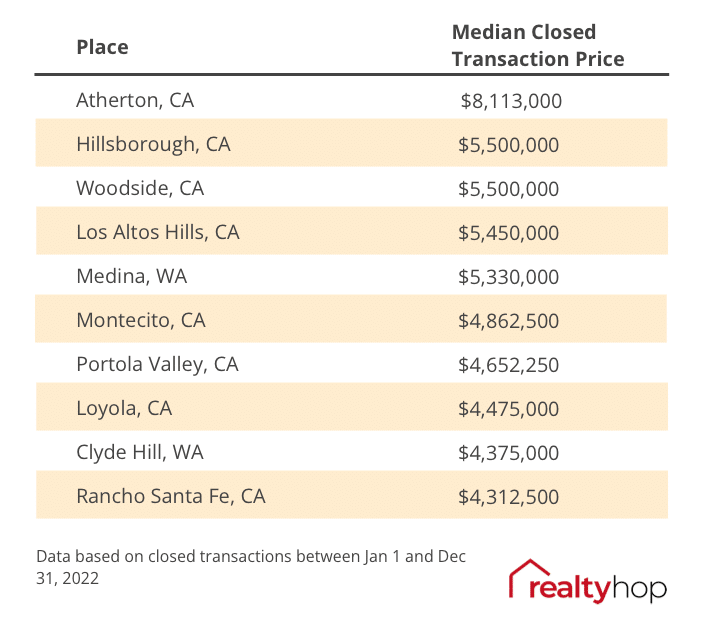 New York and California Contain 73% of the Most Expensive Places 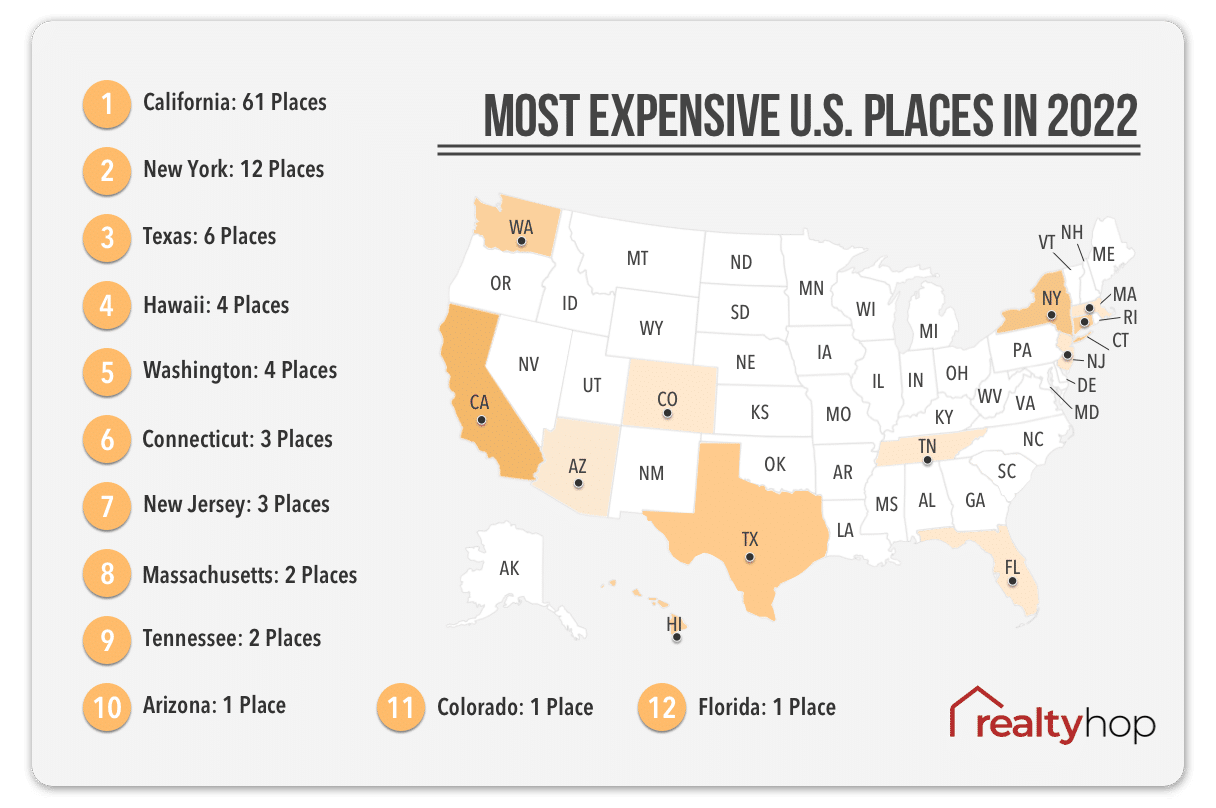 This Report analyzed the most expensive places in the United States using the 2022 median closed transaction price using RealtyHop’s property records data. For the purpose of this report, places include cities, towns, and villages with a minimum population size of 2,500 based on the 2021 American Community Survey by the Census Bureau.

The following building types were used to calculate median sales price: condo, co-op, house, multifamily, residential, townhouse, and triplex. Any listings classified purely as “land” were excluded from the study. Any listings with invalid zip codes, including single-building zips located in New York City, were also excluded. Any places where the population is less than 2,500 were also excluded.

The real estate market has its ups and downs. In this January installment of the NYC price drops report,...
Market Trends & Research

In the December edition of RealtyHop’s Housing Affordability Index, we examined the share of income U.S. households would have...