In our third annual Most Expensive Zip Codes Report, the RealtyHop team pulled every real estate listing advertised in the United States so far this year, 3.64 million of them, and sorted these properties by zip code. We then ranked these zips by median price, resulting in a list of the most expensive markets in the nation right now.

The country’s most expensive zip codes reside in commonly expensive regions, like upscale California neighborhoods and towns with beach-front properties in Florida and New York.

In the most expensive zip code in the country, 94027 in Atherton, California, the median price point hits a startling $9,000,000. The second most expensive zip code, 11962 in Sagaponack, New York, is nestled in The Hamptons and boasts amenity-filled properties with acres of land. While the famous 90210 in Los Angeles, California places third with a median of $6,699,500.

13 states Have Zip Codes in Our Ranking, With More Than Half in California and New York 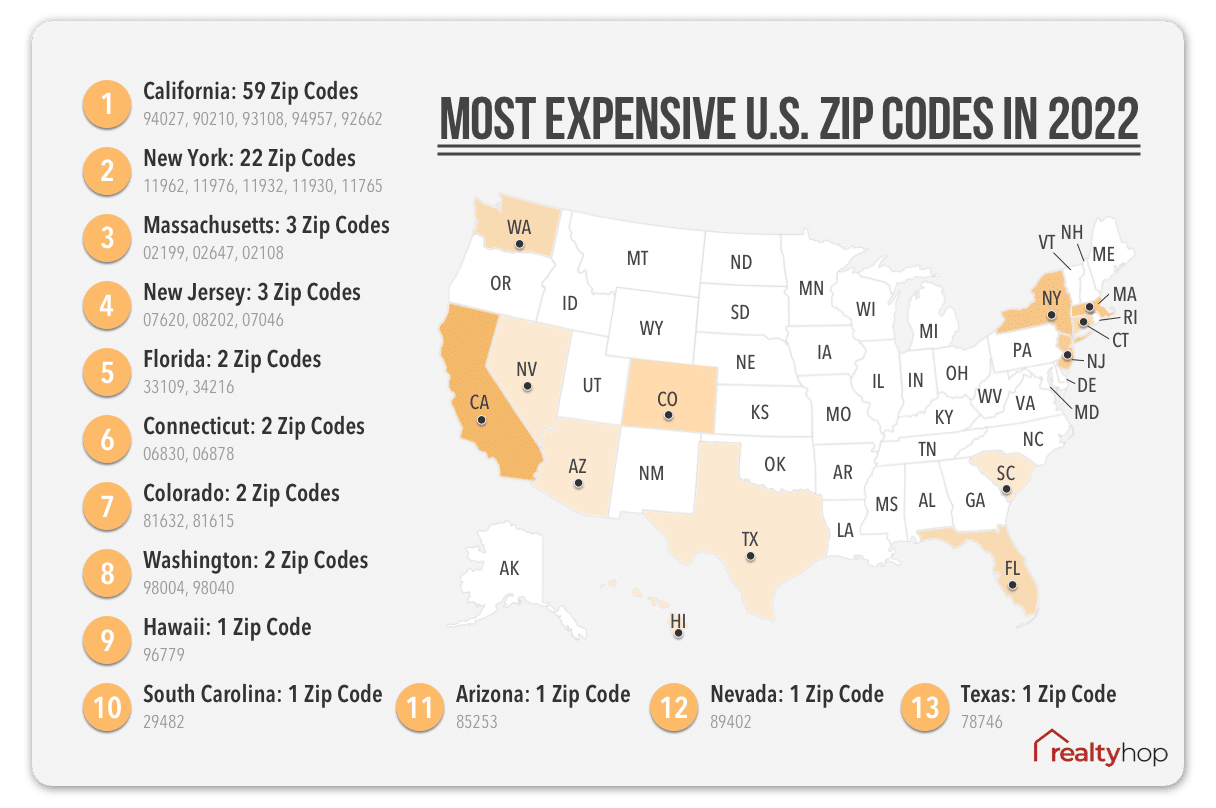 California has 59 of the most expensive zip codes, New York with 21, and Massachusetts and New Jersey tie for third place, each with 3.

For the Third Year in a Row, Los Angeles is the Most Expensive City in the Country

Los Angeles has 7 of the country’s most expensive zip codes, while Newport Beach is close behind with 6 zips. 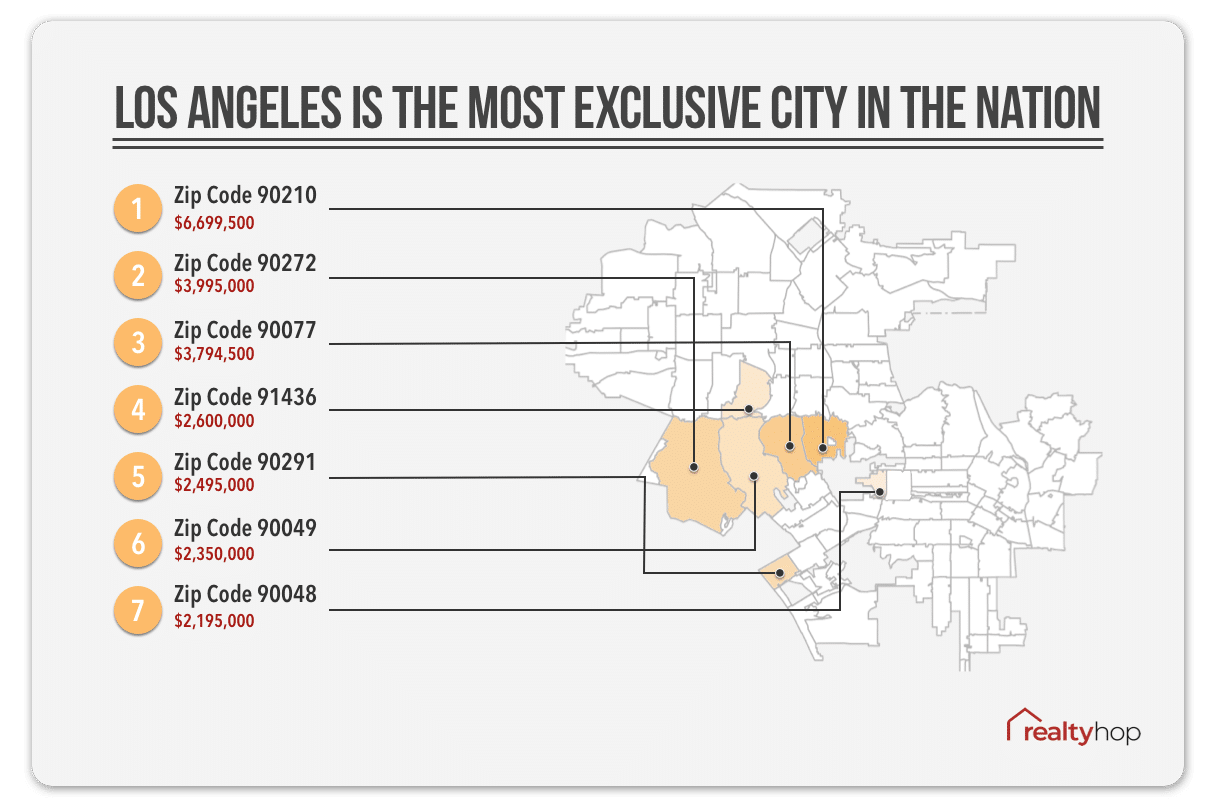 The 5 Largest Price Increases In This Year’s Report

This Most Expensive Zip Codes Report analyzed the most expensive zip codes in the United States using over 3.64 million for-sale listings drawn from the RealtyHop database during the period between January 1, 2022 and October 19, 2022. To produce the ranking, the median price for each zip code was calculated and sorted from most expensive to least.

Last Updated on 4 weeks by Allyson Waddell and Writing Staff