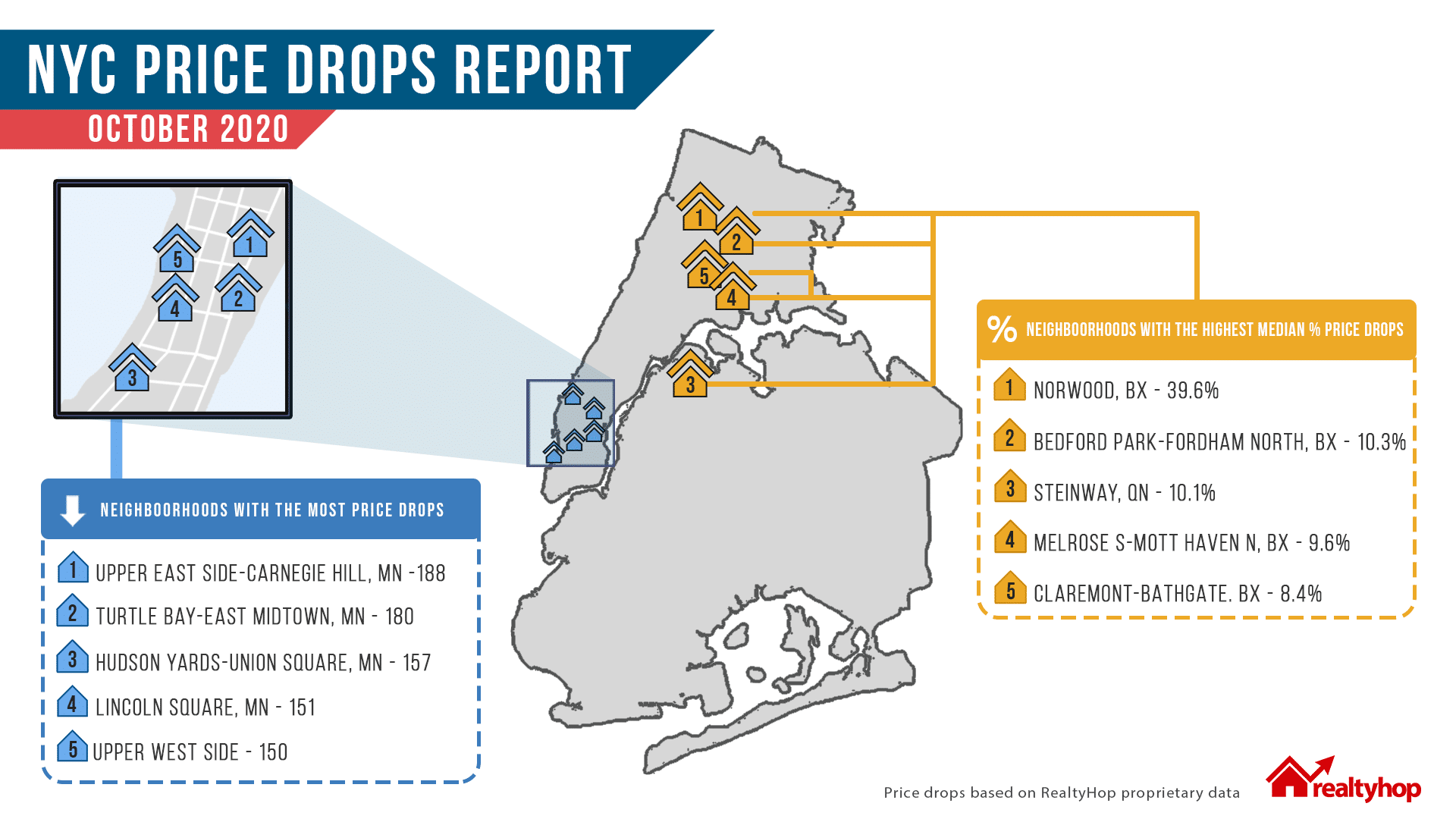 The real estate market has its ups and downs. In October’s monthly price drop report, RealtyHop analyzed available data for September across boroughs and neighborhoods in New York City to provide a useful resource for those looking to invest in real estate.

We’ve seen in the past couple of months, that Manhattan is usually the borough that ends up in the top spot on this list. However, last month and this month that is not the case. While it was the borough of Queens that took the number one spot on the list last month, this time around it is the borough of Bronx ranking as number 1. In September, Claremont-Bathgate, Bronx was the neighborhood with the highest median dollar price drop, with a median price drop of $200,000 (a 8.4% percentage drop in price).

This month, the borough of Manhattan secured 4 out of the 5 spots on the list of the highest percentage price drops. The address with the highest percentage price drop was located in the Theater District and it had a 43.7% price drop. That equals a $170,000 drop in price. Bronx made the 4th place on the list, with an address in Bedford Park, which had a 23.3% price drop. All of the addresses on the top 5 list saw price cuts of 23.2% and up.

The interactive table below includes all NYC listings with price drops in the month of September. You can sort by column or do a quick search using the search bar.