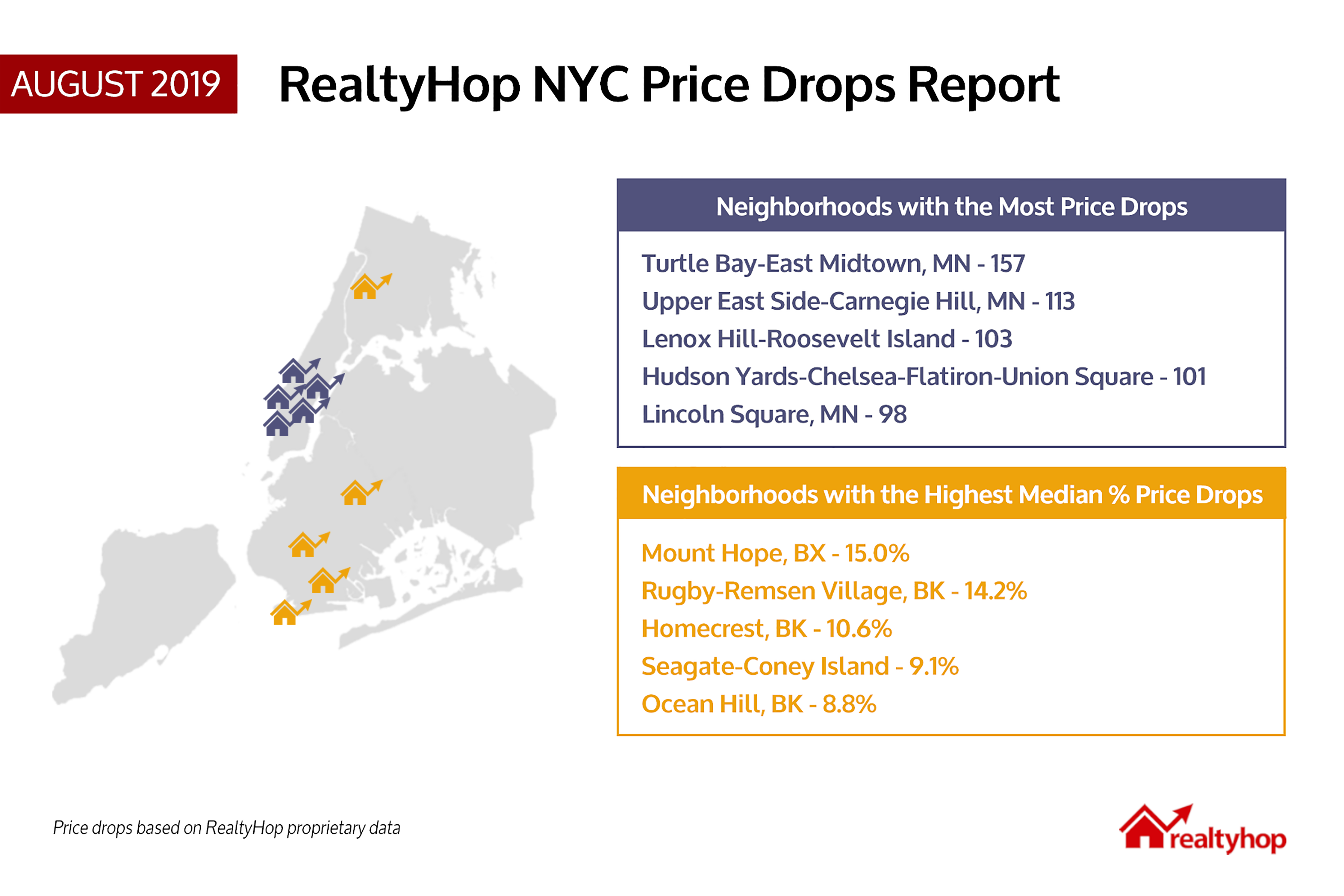 The real estate market has its ups and downs. In August’s monthly price drop report, RealtyHop analyzed available data for July across boroughs and neighborhoods in New York City to provide a useful resource for those looking to invest in real estate.

Top 5 Addresses with the Highest Percentage Price Drop in July

Now, let’s take a close look at which addresses saw the biggest price drops in the last month. Unlike what we saw in June, this time around, four out of five boroughs made the list of top addresses with the highest percentage price drop. The address topping the list for this month’s report was located in Booklyn. The property, which is a multifamily building with a renovated storefront, had a price drop of $399,000 which equated to 28.5% of the original listed price. All the addresses on the top five list here saw cuts above 23%.

Top 5 Addresses with the Highest Dollar Price Drop in July

The intractive table below includes all NYC listings with price drops in the month of July. You can sort by column or do a quick search using the search bar.

Last Updated on 4 years by