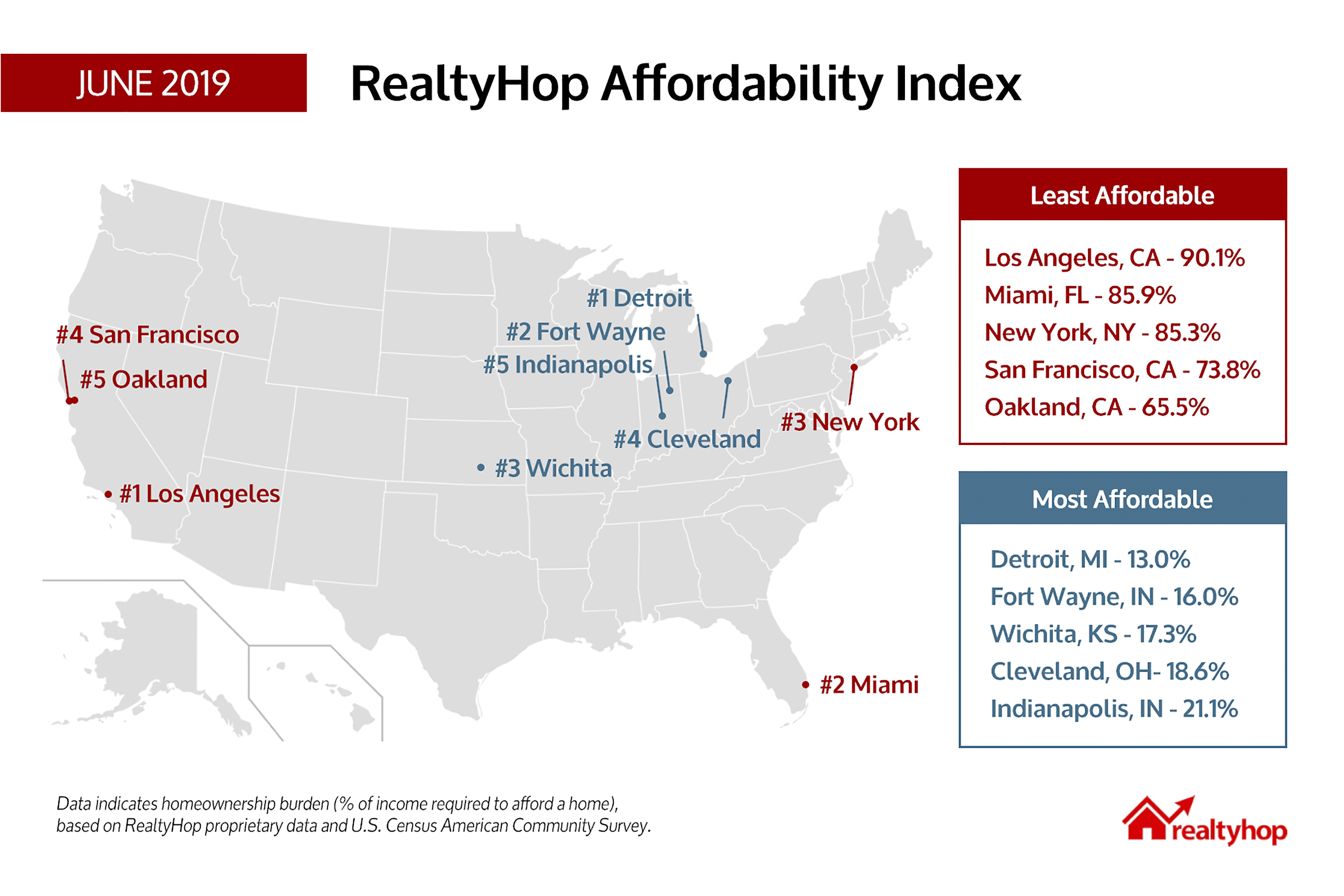 1. Los Angeles, CA continued to be the most expensive city in America to own a home. In fact, the city saw a 0.72% increase in our index, meaning that the average household would need to allocate 90.1% of total monthly income to own a home.

2. Miami, FL displaced New York to take second place on our list. The city’s index remained steady, anchored by an average home sales price of $499,000. Residents on average can expect to shell out 85.93% of income towards homeownership costs.

3. New York, NY dropped one spot to third on our list, as home sales prices dipped slightly to $900,000. However, the city continued to experience an extremely high cost burden. The average household would have to allocate 85.31% of total income if they decided to purchase a home.

1. Detroit, MI retained the title of the most affordable housing market, despite an increase in homeownership burden for the second straight month. The average home sales price continued to be low at $49,900, coupled with household income of $27,838. This led to a very affordable housing affordability index of 13.01%.

2. Fort Wayne, IN was the second most affordable housing market this June, even with a sharp 5.58% increase in housing burden. The change was due to a hike in sales prices over the month to a median of $126,700.

3. Wichita, KS moved up one spot on the most affordable housing list as the city’s homeownership burden index decreased 1.72%. The average household in the city can expect to only spend 17.34% of monthly income to own a home.

4. Cleveland, OH saw a sharp 6% increase in homeownership burden, but retained the fourth most affordable spot on our list. The jump was due to a bump in housing prices to a median of $79,500.

See below for the previous two Housing Affordability Indexes: