Working from home was probably one of the only positive things people experienced during the past two years of the pandemic. Making your own hours, wearing comfortable clothes, and no longer having to deal with nightmare commutes was a big game changer for many workers. Working from home has become so popular that companies are having trouble convincing people to come back, mostly because the justifications for doing so aren’t worth it for the workers themselves. This has led to a ton of empty office space in the city, and that’s not hyperbole.

As of October 2021, 18.6% of office space in New York City was vacant and the market value of all office space has dropped 28.6 billion dollars. Depending on who you are, this could be seen as a problem. However, if you’re a real estate developer, you likely don’t see problems. You see opportunities. This is probably why many developers have been looking into, and even started, converting these commercial spaces into residential ones. Empty offices, store fronts, and skyscrapers that lay empty are getting a new chance at life, and usefulness, now that demand for housing outweighs the demand for office space.

Though this may sound unusual, there is past precedence for it. When factories began to be abandoned in the 1960’s and 70’s, real estate agents basically invented the loft, turning large, cavernous spaces into trendy homes that, soon, everyone wanted to live in. Even today, old factories and warehouses, that have been vacant for decades, still get remodeled into residential spaces. These bright, open spaces are very popular with artists and young professionals seeking affordable housing. This crowd is also the target audience for these office conversions, as real estate agents hope to capture a market of young, hungry people seeking to live downtown.

From a money making standpoint, this all makes sense. Empty buildings don’t make money, especially in Manhattan where entire neighborhoods are made up of office space. For example, during the pandemic, Downtown Brooklyn fared much better than business districts in Manhattan thanks to the neighborhood’s variety of buildings. Downtown Brooklyn is almost equal parts residential and commercial, so it was still able to make money whereas Midtown Manhattan was, essentially, abandoned. Advocates for commercial conversion argue that transforming office space into apartments will not only save many of New York’s iconic buildings, but also provide some form of economic stability for the next disaster.

Mayor Eric Adams and Governor Kathy Hochul agree. In fact, this sentiment goes back to when Andrew Cuomo was still around, with the state proposing to ease zoning restrictions for hotels with fewer than 150 rooms, as well as B and C class office buildings (older buildings with less desirable office space). The easing of these zoning laws would be challenging, especially due to a law from 2017 that sought to create 6.8 million square feet of new office space between 39th and 57th Street. That rezoning law has proven to be…less than fruitful. However, it is an established law, so getting rid of it will take time.

The good news is there’s precedent for that too. After September 11th 2001, the economy was reeling, especially the Financial District. The city acted fast to change the zoning laws for that neighborhood to encourage growth, and many office spaces down there were eventually turned into apartments. Now FiDi has a bustling community of young professionals who own and rent their homes. The COVID emergency could transform Midtown in a similar way, which would provide additional housing for people who need it.

For example, some office buildings are designed to be “cubicle farms” meaning they go deep inside the building and have few windows. This has caused some issues with apartment conversation given that people usually enjoy sunlight, yet are being shown apartments where rooms have no windows, awkward dimensions, and windows that look into other rooms of your home. However, this hasn’t been too much of an issue for people who are already used to city living, as they most likely already had to sacrifice something on their apartment wish list. If that sacrifice is sunlight, so be it. At least they’ll be in Midtown.

All that said, this rezoning is still some ways away. Advocates for the 2017 commercial building law, as well as financial questions, might prevent it from happening at all. However, the push for it is strong, especially from housing advocates and real estate brokers. So far, many things are up in the air, but you can expect that this will happen sometime in the next few years. Personally, we would like to see it happen.

In a time where housing prices are at record highs, especially in NYC, it’s easy to be a defeatist and just accept the way things are. However, this rezoning has potential to save Midtown Manhattan now and in the future. We’ve seen it work wonders with warehouses, factories, and even with former office spaces in FiDi. All that’s missing now is the money and the law, which appear to be on the side of renovation. The pandemic has shown us that people don’t have to torture themselves just to be in an office environment. Working from home is how many people prefer to work. So if office spaces aren’t being used and people want to work from home, then it makes sense to turn these former offices into homes people feel comfortable working from. 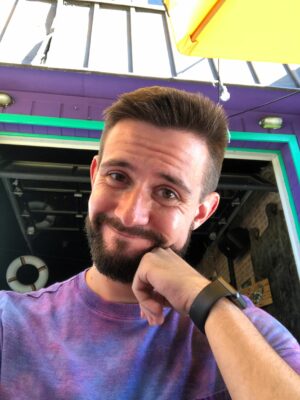 Previous articleRealtyHop Price Drops Report: April 2022
Next articleWhat is the Relationship Between Stocks and Bonds?