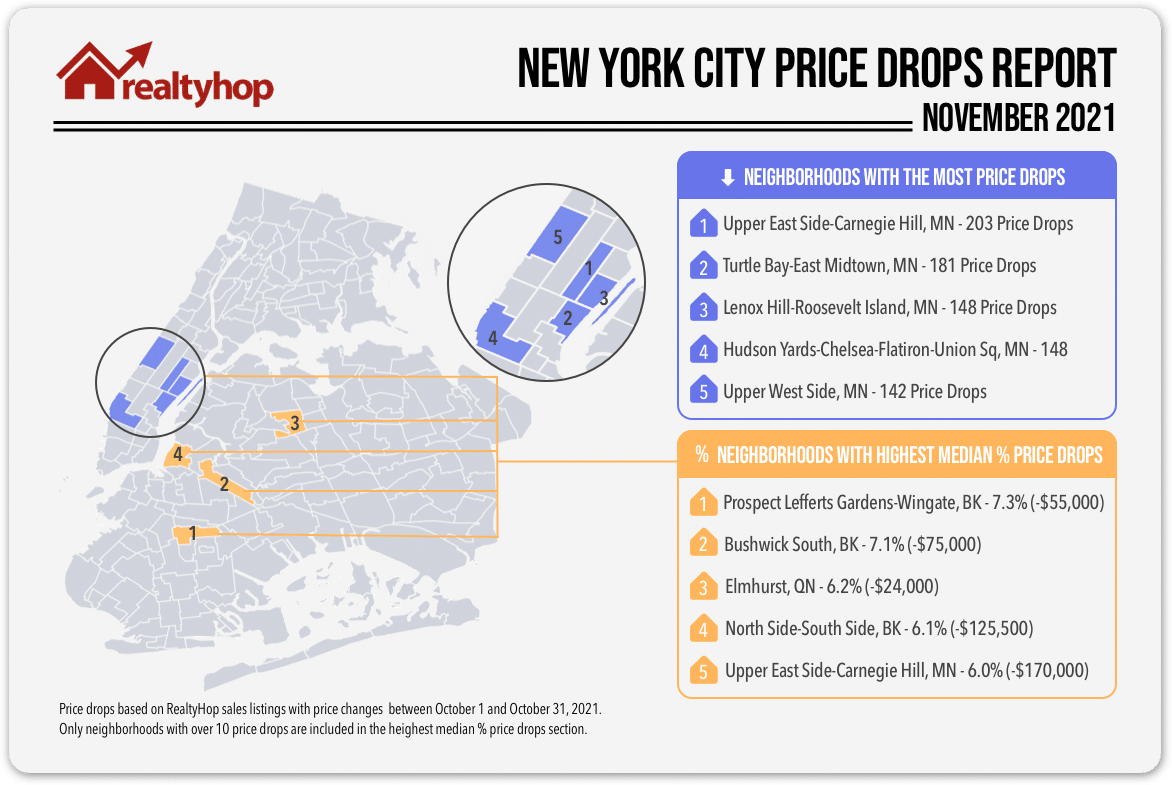 The real estate market has its ups and downs. In this November’s NYC price drops report, RealtyHop analyzed available data for October across boroughs and neighborhoods in New York City to provide a useful resource for those looking to invest in real estate.

The table above highlights the properties with the highest percentage price drop in the past month that are still on the market. 10 Orient Drive, with one of the floors currently occupied by tenants through February 2022, is a duplex located in Williamsburg. This townhouse first went on the market in August. The seller slashed the price by 18.3% in September, and again in October by another 42.2% to its current price of $1.895M. All properties on the list experienced a price cut of or above 27%.

Between October 1st and 31st, four out of five properties that had the highest price drops in dollar terms were located in Manhattan. Unit 45B at 151 Wooster Street first hit the market on July 29th, asking $17,995,000. The price was reduced to $14,995,000 around three months later, on October 21. Meanwhile, located in Brooklyn Heights, 88 Remsen Street comes with a main townhouse and a renovated carriage house. The property is currently asking $17,750,000 after a price cut of $2,250,000 on October 29th. The top addresses with the highest price drops in absolute dollar value ranged from $2.3M to $3M.

The interactive table below includes all NYC listings with price drops in the month of October. You can sort by column or do a quick search using the search bar.