In our second annual Most Expensive Zip Codes Report, we at RealtyHop pulled every real estate listing advertised in the United States so far this year, 2.79 million of them, and sorted these properties by zip code. We then ranked these zips by median price, resulting in a list of the most expensive markets in the nation right now.

The nation’s second most expensive, 33109’s Fisher Island, Florida is an exclusive enclave off the coast of Miami with only a few hundred households. This zip has an average per capita income of over $2M, and a median housing price this year of $6,400,000.

The zip code 11962 in Sagaponack (located in the Hamptons), is New York state’s most expensive zip code, and third priciest overall. Famous inhabitants of Sagaponack include Billy Joel, Lloyd Blankfein, Jimmy Fallon, Drew Barrymore, and others. 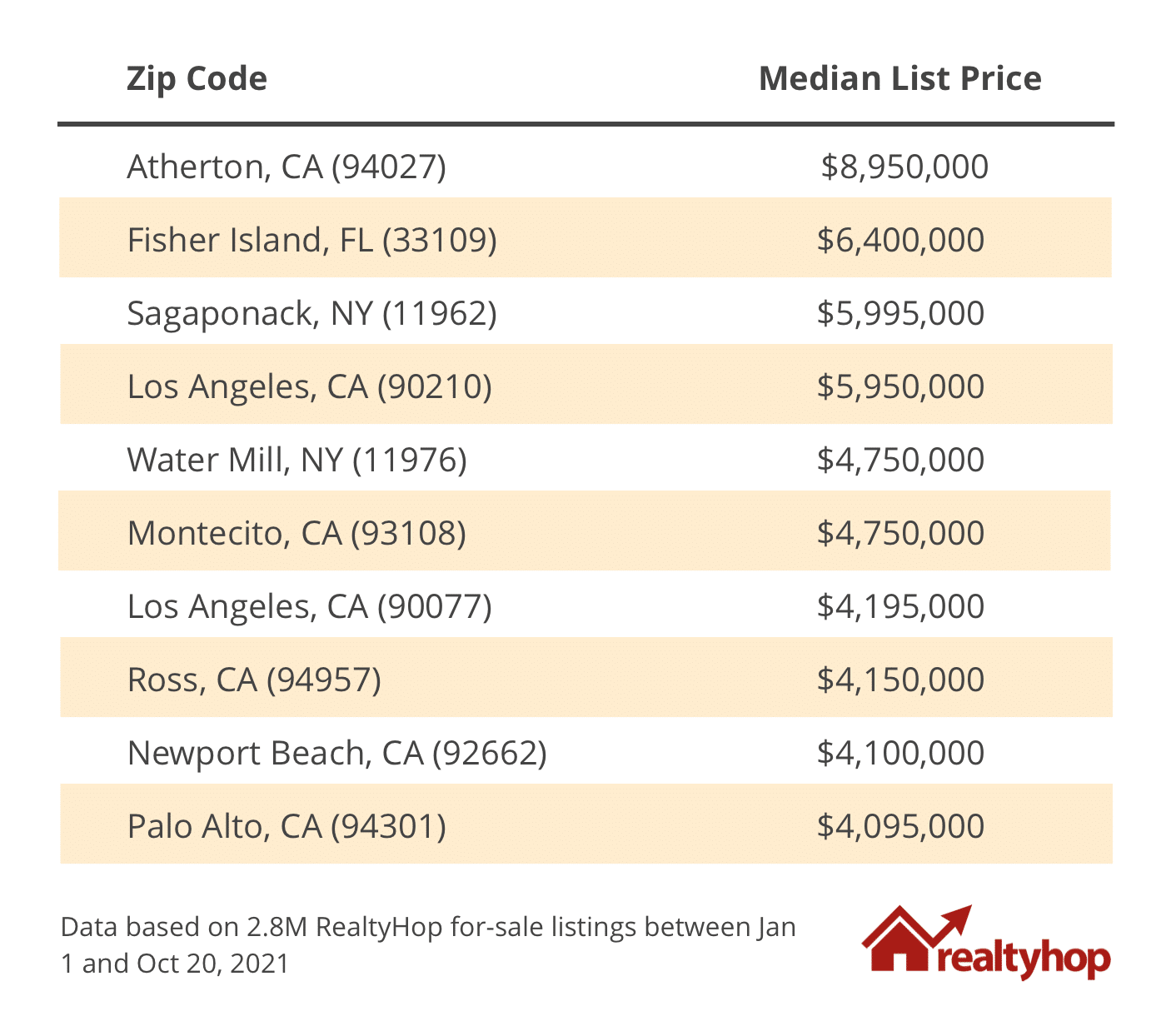 11 States Have Zip Codes in Our Ranking, With Vast Majority Located in California and New York 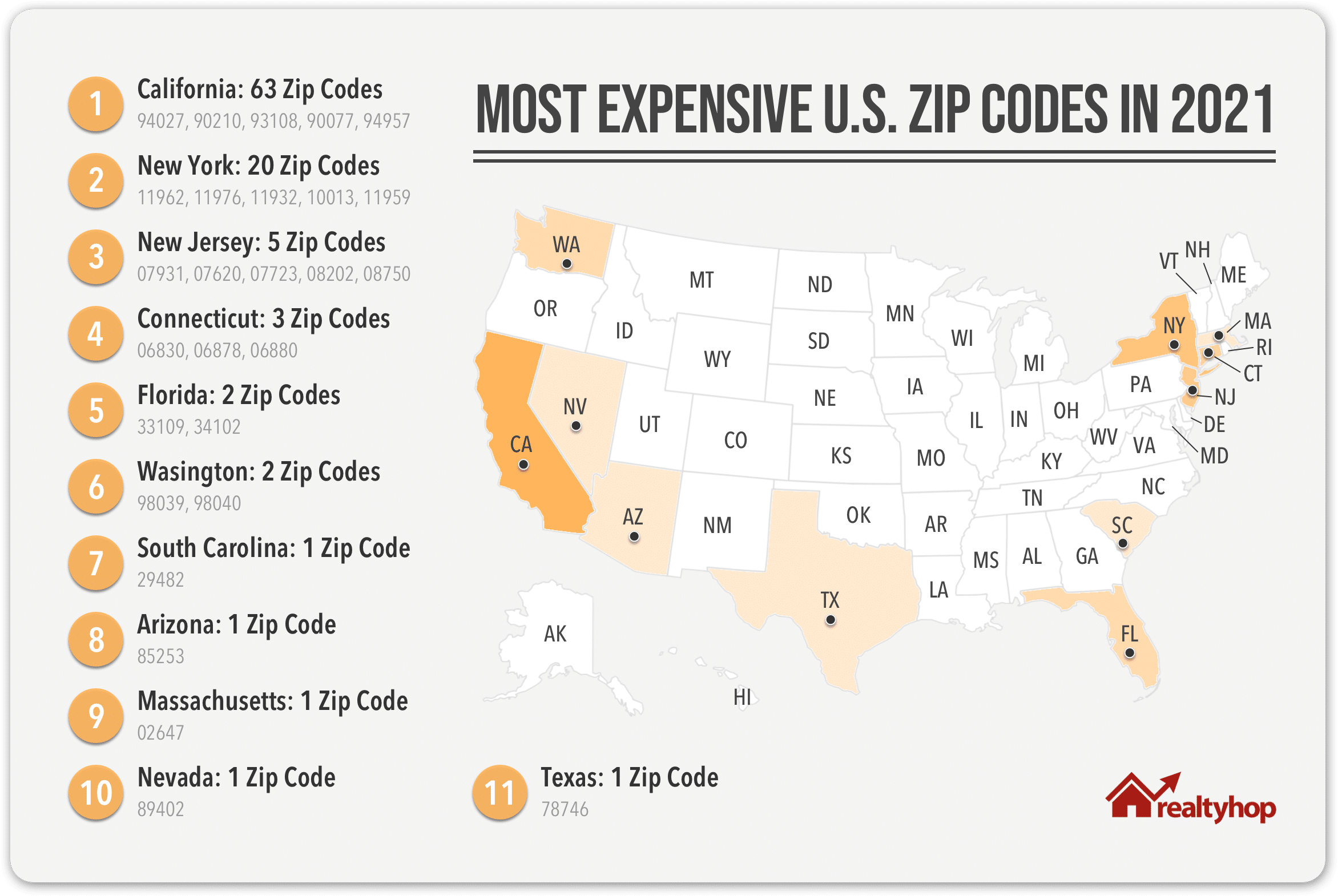 The nation’s 100 priciest zips are located in just 11 states, with 83% found within California and New York. (In fact, Fisher Island, FL was the only zip code outside of these two states to break the top 15 in our ranking.)

New Jersey was a distant third place with 5 zip codes and Connecticut fourth with 3 zip codes.

Los Angeles is Again the Most Exclusive City in the Nation

Similar to last year, Los Angeles remains the most exclusive city in the country. LA commands 8 of the top 100 most expensive zip codes, while nearby Newport Beach, CA has another 6 zips. 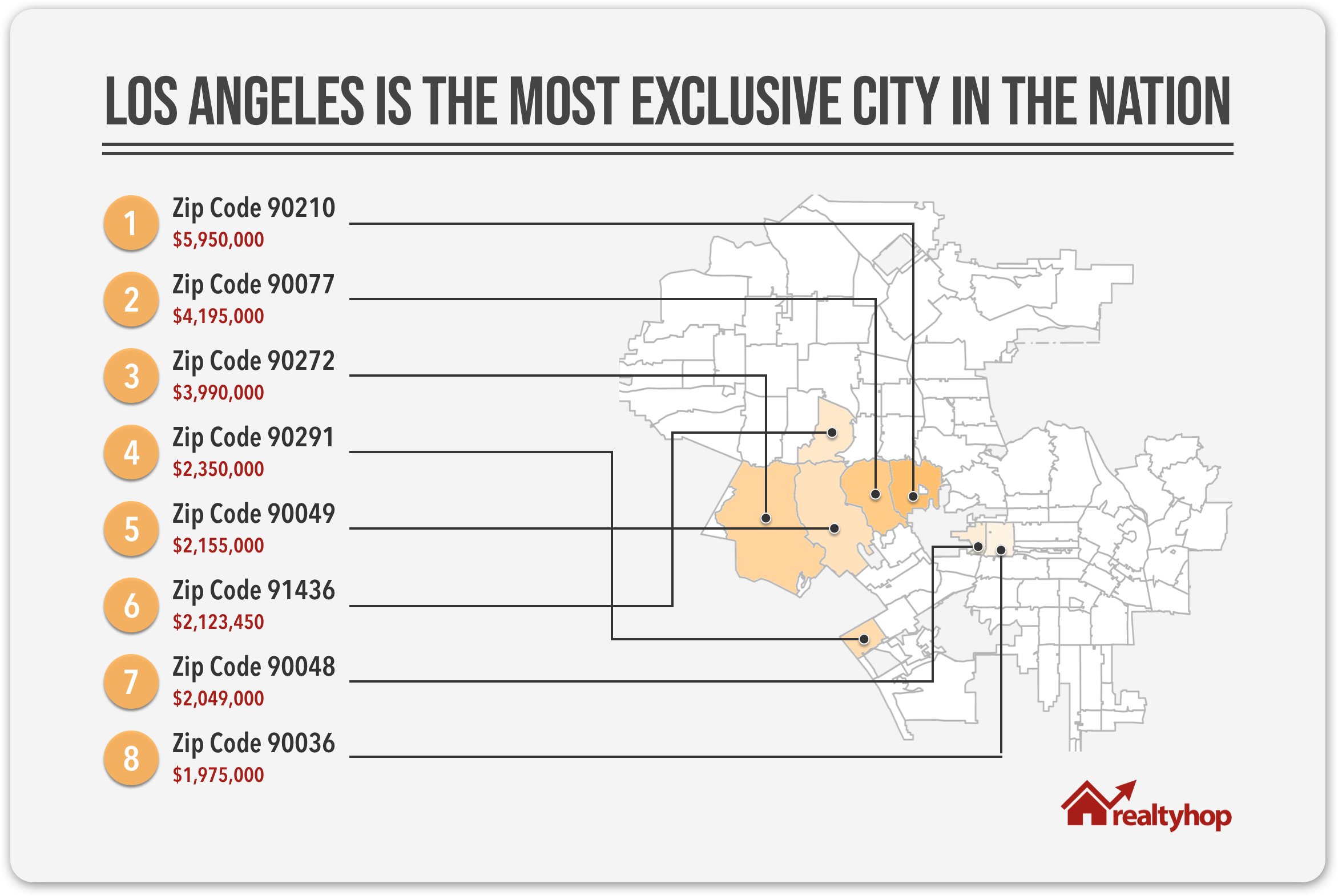 The 5 Largest Price Increases In This Year’s Report

This Most Expensive Zip Codes Report analyzed the most expensive zip codes in the United States using over 2.79 million for-sale listings drawn from the RealtyHop database during the period between January 1, 2021 and October 20, 2021. To produce the ranking, the median price for each zip code was calculated and sorted from most expensive to least.

For more information on our methodology, or to contact our data team, please email [email protected].