Updated October 27, 2020
Twitter
ReddIt
Linkedin
Facebook
Email
We at RealtyHop are constantly looking to uncover interesting trends from our data. While we’ve reported on a wide range of issues, including affordability, migration trends, and market health, we’ve never explored where the country’s most expensive housing markets are located. In this study, we pulled every real estate listing advertised in the United States so far this year, over 3.2 million, and sorted these properties by zip code. We finally ranked each zip code by median price, resulting in a comprehensive picture of the most expensive markets across the nation right now. Here’s what we found.

Most won’t be surprised at the top ten most expensive zip codes on our ranking, given their prominence as exclusive communities. Atherton’s 94027, the most expensive zip code in the country at a median of $8,650,000, is located in the epicenter of Silicon Valley, and is well known to house the tech industry’s elite. Fisher Island, an exclusive enclave off the coast of Miami with only a few hundred households, has one of the highest per capita incomes in the country, and a median list price of $6,500,000.

And of course, Beverly Hills 90210 in Los Angeles is arguably the most famous zip code in the United States.

11 States Have Zip Codes in Our Ranking, Mostly Centered in California and New York

The nation’s priciest areas are found in only 11 states, with 88% located in California and New York. Outside of those zip codes in those two states, Fisher Island, Miami, was the highest at 2nd place overall, followed by Medina, Washington, a suburb of Seattle, at 12th. Greenwich, Connecticut, a wealthy suburb an hour outside of Manhattan, is the most expensive zip code in New England at 44th place.

Los Angeles is the Most Exclusive City in the Nation

Los Angeles commanded 10 of the top 100 most expensive zip codes in the country, making it the most exclusive city in the United States. 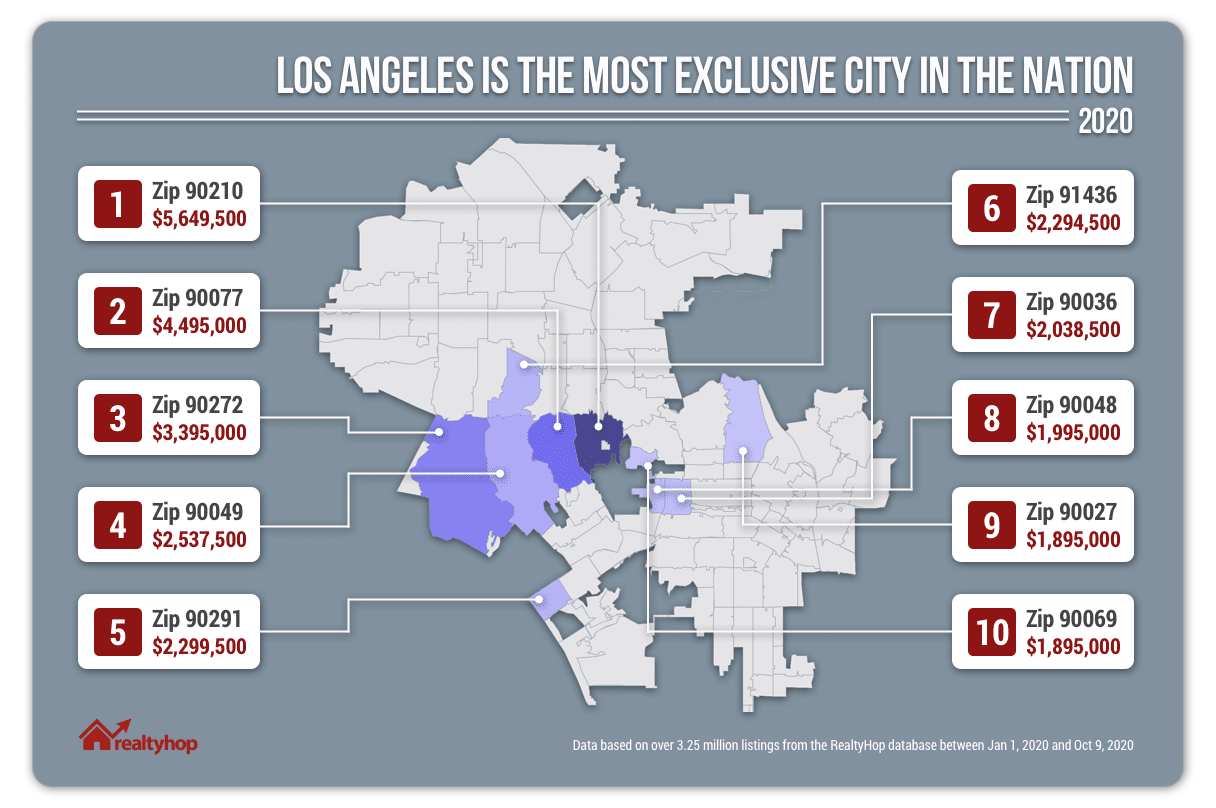 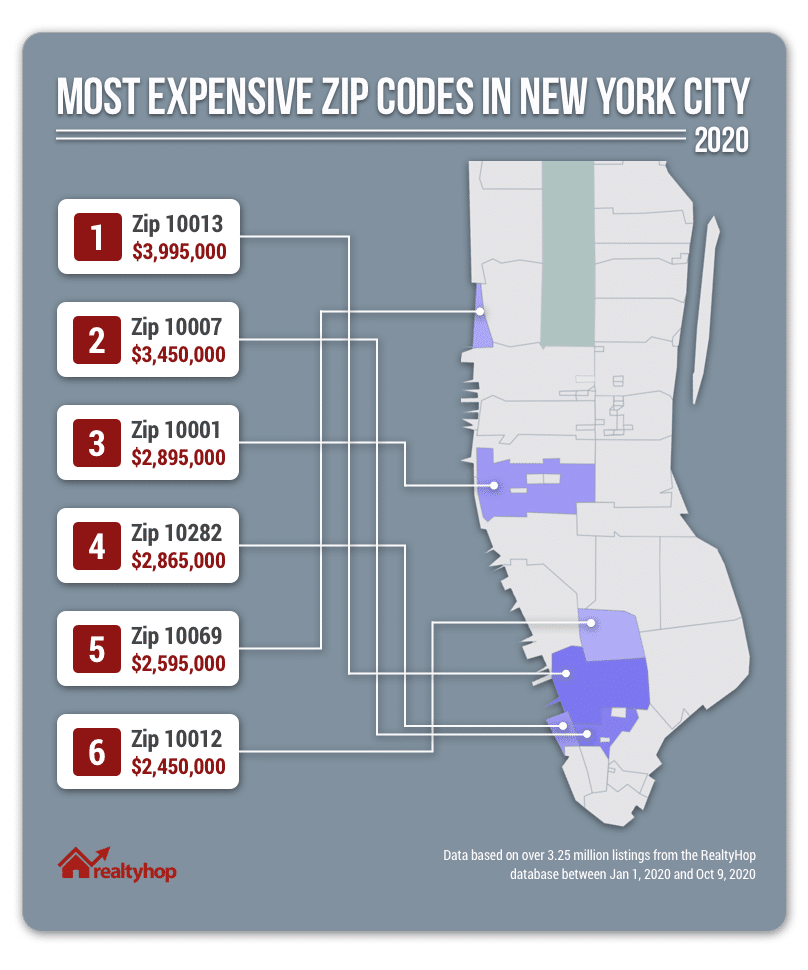 This report analyzed the most expensive zip codes in the United States using over 3.25 million for-sale listings drawn from the RealtyHop database during the period between January 1, 2020 and October 9, 2020. To produce the ranking, the median price for each zip code was calculated and sorted from most expensive to least.

The following building types were used to calculate median sales price: condo, coop, house, multifamily, residential, townhouse, and triplex. Any listings classified purely as “land” were excluded from the study. Any listings with invalid zipcodes were also excluded.