New York has long been a leader in fighting climate change and environmental issues. From banning plastic straws and single-use plastic bags to developing community shared solar projects, the City and State governments have passed many laws to confront the climate crisis that’s threatening every part of the world. On April 22nd, NYC announced its most aggressive plan, the Green New Deal, to tackle global warming. The Green New Deal would ensure a nearly 30% additional reduction in emissions by 2030. On June 20th, the lawmakers in New York State passed a bill that would require the state to cut the greenhouse gas emissions to 85% below 1990 levels by 2050. To meet such goals, the City and the State as a whole have to be cleaner, and we are not just talking about millions of cars, buses, and factories. We are also talking about our offices and homes.

According to NYSERDA, more than 30% of New York’s emissions come from residential and commercial buildings, many of which still burn heating oil. To achieve a 30% additional reduction in emissions by 2030 and net-zero economy by 2050, the City and the State must eliminate the use of fuel oils and replace it with cleaner energy, such as ultra-low sulfur #2 oil, natural gas, biodiesel, district steam, and other renewable energy alternatives. Thanks to the Clean Heat Program, the City had successfully retired boilers using #6 fuel, which was banned in 2015. Thousands of residential and commercial buildings, however, still use #4 fuel as their primary source of heat. How big is the challenge? How far do we need to go to achieve a net-zero economy? To give you the right answers, we at RealtyHop collected and analyzed the boiler data made public by NYC Open data.

Here are our key findings:

Where are the Boilers Using #4 Fuel?

Residual diesel fuel is one of the most serious sources of local air pollution in New York City. #6, which was the dirtiest of all, was banned in 2015. The City is now in the process of replacing boilers using #4 heating oil. To better understand the scope of the challenge that comes with the new climate change plans, we first have to look at what types of buildings are equipped with boilers using #4 fuel as the primary fuel and where the boilers are located. 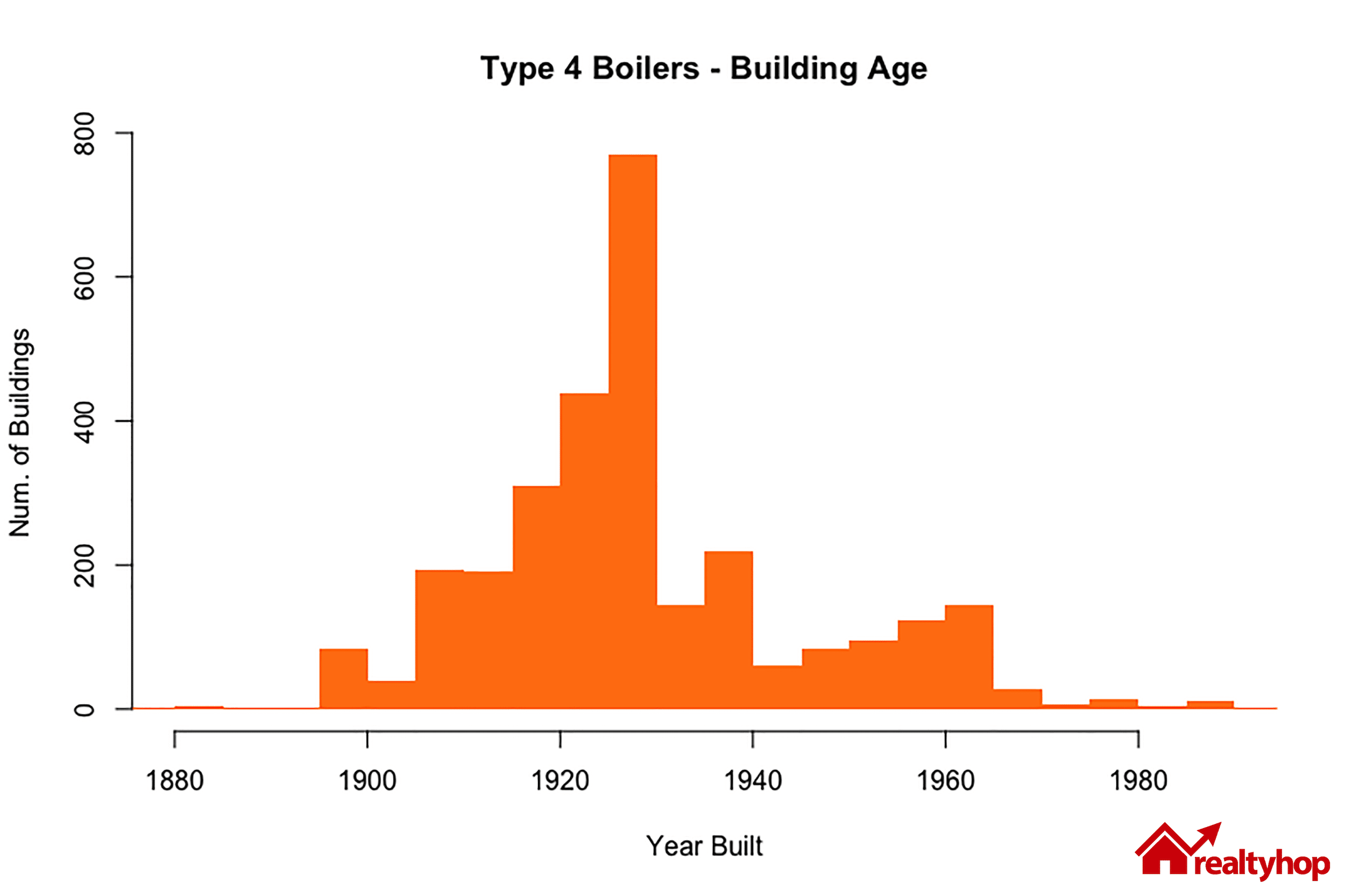 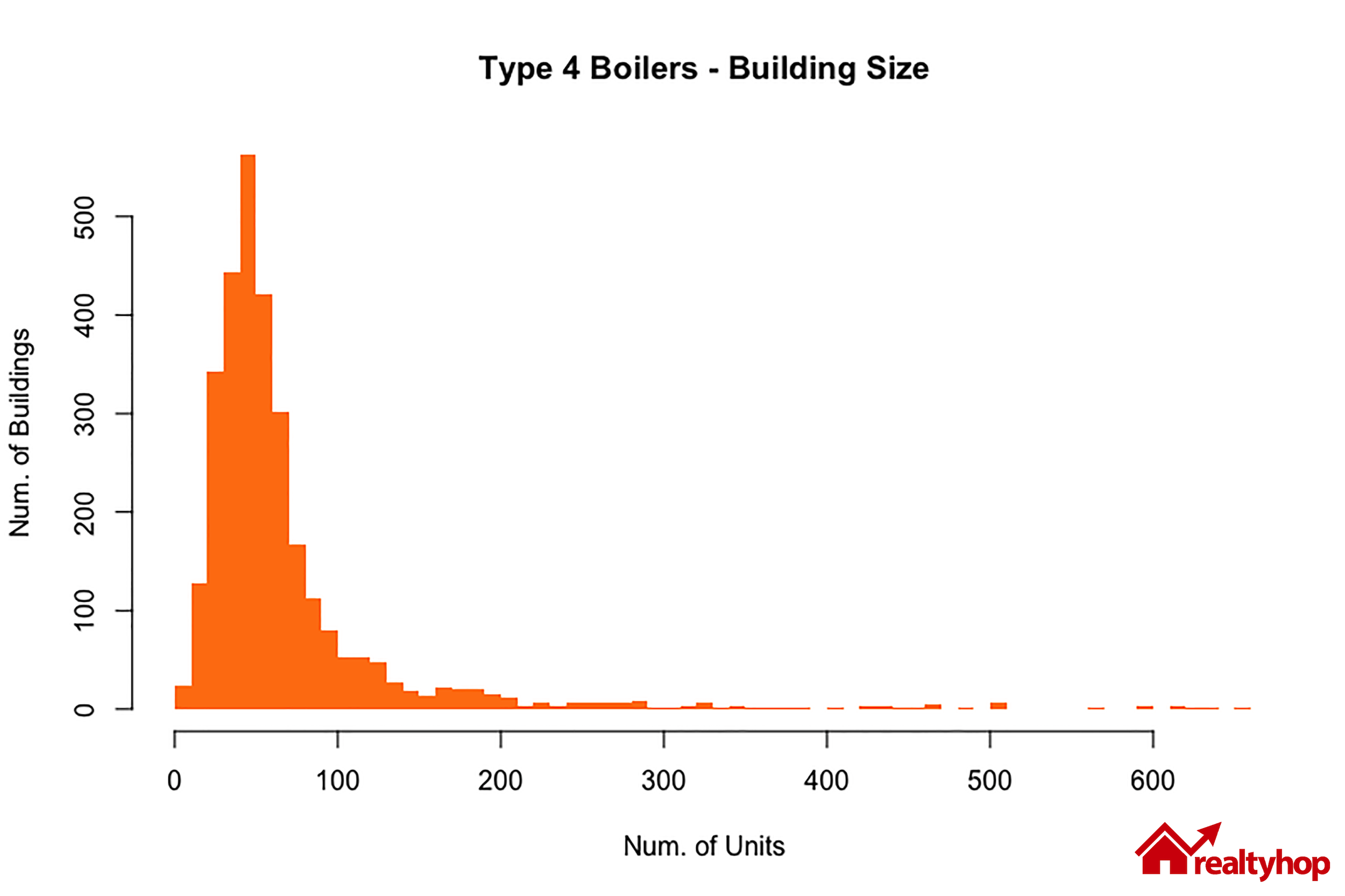 Click on the map to see the number of buildings burning #4 by neighborhood. You can also change the map layers to see all buildings, residential only, and commercial only using the layer control in the upper right corner. You will see that buildings using #4 fuel are highly concentrated in Manhattan.

We also looked into the relationship between the number of boilers using #4 fuel and the real estate market. We found that 69% of the data points are in neighborhoods with lower median asking price (1st to 3rd quantiles). SoHo-TriBeCa-Civic Center-Little Italy, however, is an outlier, with a total count of 30 buildings using #4 fuel and a median asking price of 3,995,000. This somewhat expected as this neighborhood is known for pre-war loft buildings that were later converted to luxury loft apartments. 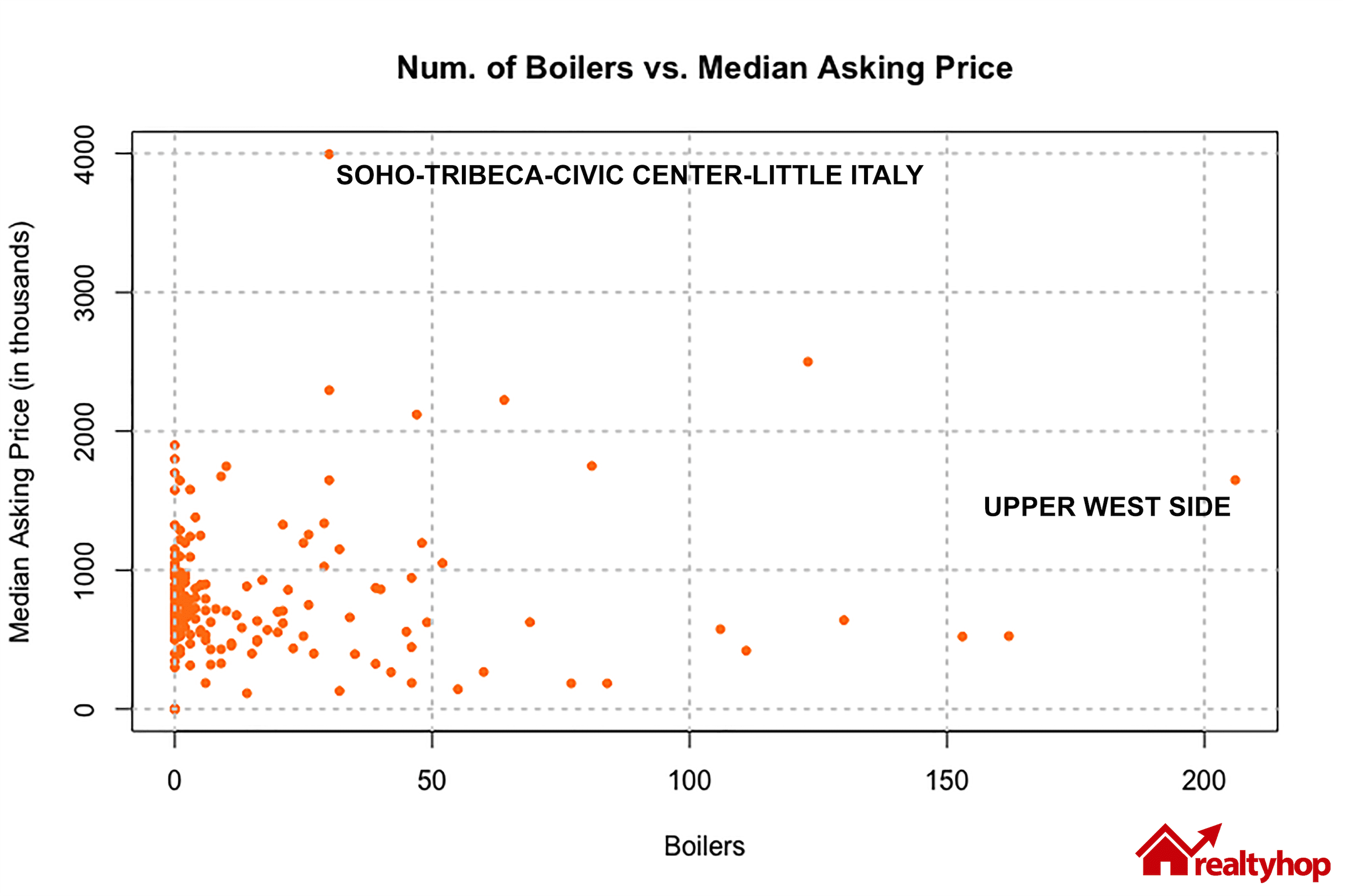 The boiler data was retrieved from the NYC Clean Heat dataset made public by NYC Open Data. Building information was retrieved from PLUTO (v2 2018). The median asking price by neighborhood was calculated using listings that are currently available on RealtyHop. In this study, we adopted the Neighborhood Tabulation Areas so we could accurately calculate the number of buildings in each neighborhood.

What Does it Mean?

For homeowners, this should have minimal impact. However, we encourage that you reach out to the building operator to find out more about your building, what type of boiler you have, and whether or not it’s running efficiently. For building owners, this means more money invested in your properties. Since #4 fuel will be banned by 2030, owners should be ready to convert from #4 fuel to other cleaner energy. It is, however, a necessary step to take as we continue to fight against climate change, and the City has lots of resources to help you with the transition. You can find out how to convert from No. 4 heating oil by connecting with the City’s NYC Retrofit Accelerator program.