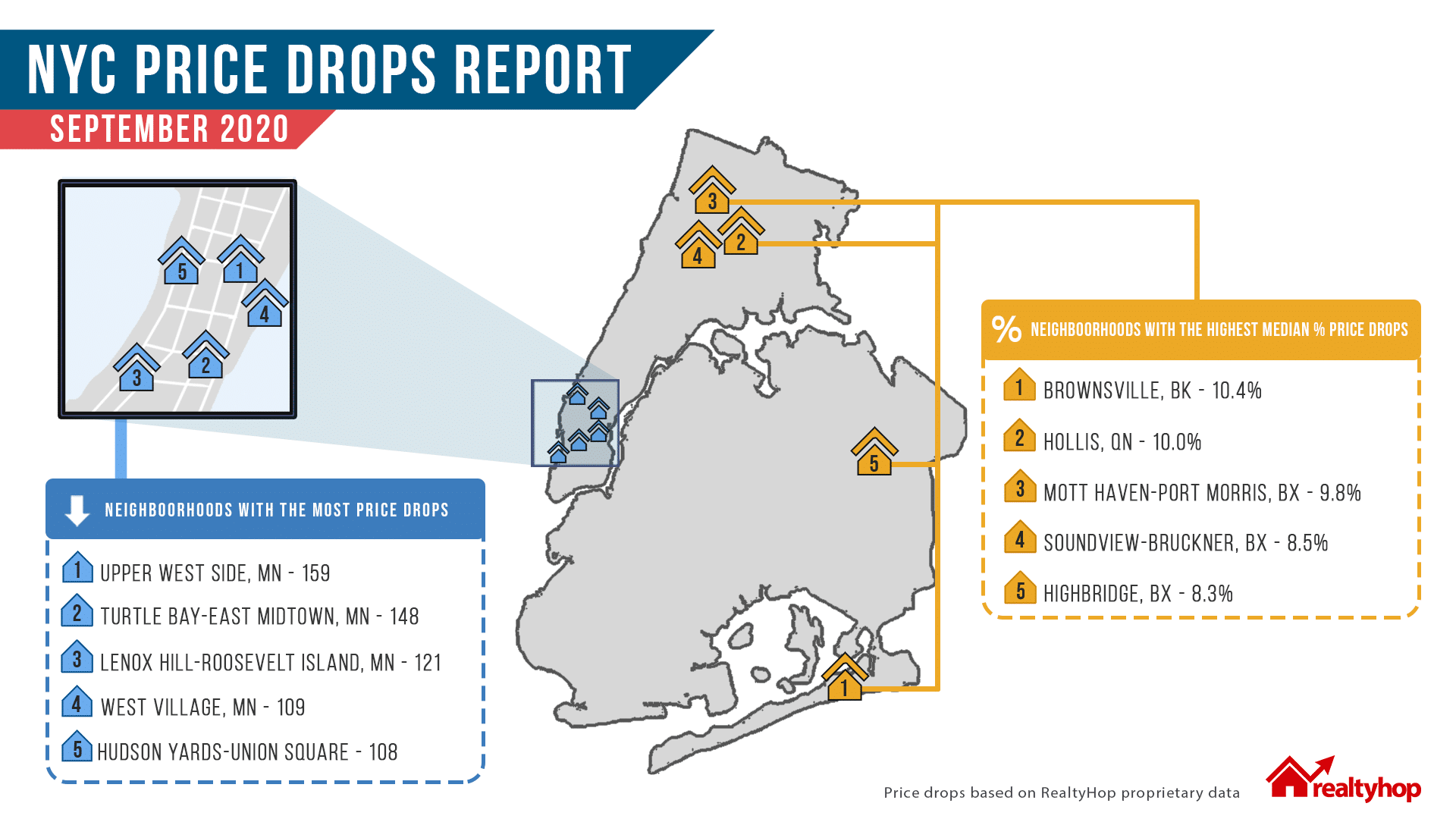 The real estate market has its ups and downs. In September’s monthly price drop report, RealtyHop analyzed available data for August across boroughs and neighborhoods in New York City to provide a useful resource for those looking to invest in real estate.

COVID-19 has greatly impacted the NYC sales market in many ways. After months of lackluster performances, we are once again seeing activities. While inventory is returning to the market, there seems to be a huge gap between the asking price and what buyers are willing to offer.

In both July and August, we saw an uptick in the number of sales listings, and compared to July, the number of price drops in New York City didn’t fluctuate much this past month. When comparing to August 2019, we noticed that there were significantly more price reductions this summer. Upper West Side, for instance, saw only 76 price drops in August 2019. This number jumped to 159 in August 2020, a 109% increase. Below are the top fice neighborhoods that saw the most price drops. The neighborhoods on the list had a total number of price drops ranging from 116 to 158 price drops.

While it is usually the borough of Manhattan that secures the number one spot on this list, this month it is Queens that takes the lead. In August, Hollis, Queens was the neighborhood with the highest median dollar price drop, with a median price drop of $180,000 (a 10.0% percentage drop in price). SoHo ranks the second this month, and while the median price drop in dollar amount was at $145,000, this only accounted for 5.2% of the original asking price.

The interactive table below includes all NYC listings with price drops in the month of August. You can sort by column or do a quick search using the search bar.