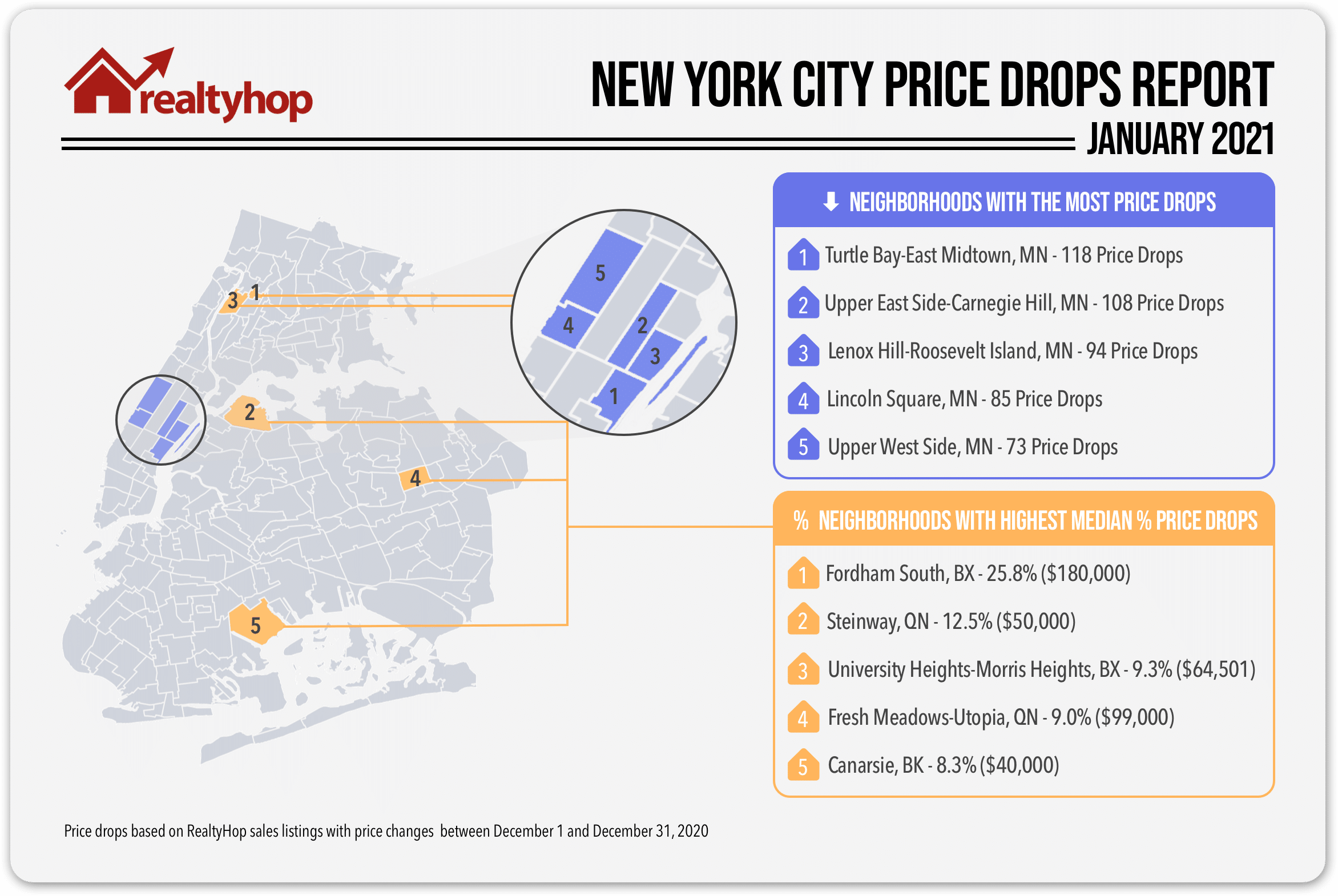 The real estate market has its ups and downs. In January’s monthly price drop report, RealtyHop analyzed available data for December across boroughs and neighborhoods in New York City to provide a useful resource for those looking to invest in real estate.We specifically focused on neighborhoods with the highest total number of price drops, specifically the highest price drops by median percentage, median dollar value, and by street address.

Compared to last month, we only have one borough represented on this list this month other than Manhattan and that is the Bronx. The number one spot on this list, in terms of neighborhoods with the highest median dollar price drop, is again Soho-TriBeCa-Civic Center-Little Italy. The neighborhood had a median dollar price drop of $200,000, which equals a 6.0% drop in price. Other neighborhoods represented on the top five list is Fordham South, Upper East Side-Carnegie Hill, Midtown-Midtown South, and Chinatown.

Again we see that the borough of Manhattan manages to secure all top five spots on the list of neighborhoods with the highest percentage price drop in the past 30 days that are still on the market. The address with the highest percentage price drop was located in the Theater District in Manhattan and it had a price drop of 42.7%. That equals a drop in price of $596,000. All of the addresses on the top five list saw price cuts of 24.1% and up.

The interactive table below includes all NYC listings with price drops in the month of December. You can sort by column or do a quick search using the search bar.