Jennifer Lopez has pulled her NYC penthouse from the market despite her latest price drop of $1.96 million. Although the actress originally purchased the glamorous abode for $20.16 million, she listed the property at $26.95 million when she was initially ready to sell. As it has been on the market for four years, Lopez had been struggling to appeal to buyers. With an expansive study, an abundance of natural light, and over 6,000 square feet of interior space, the duplex was listed at $25 million which one would think would help the property get more looks.

First listed in October 2017, the Georgian-style penthouse features 4 bedrooms, 11 bathrooms, and four grand terraces–some glamorous selling points. It was originally built in 1924, clearly with the intention of hosting in comfort and luxury. This penthouse also features beautiful views of the city, including Madison Square Park. The property has French doors, a private elevator, a smart home system, a chef’s kitchen, Italian marble bathrooms, and more details that add to its extravagant ambiance. As if its elevator entry wasn’t already a warm welcome, the property also includes a full-time doorman, 12-foot high ceilings, and a private gym. 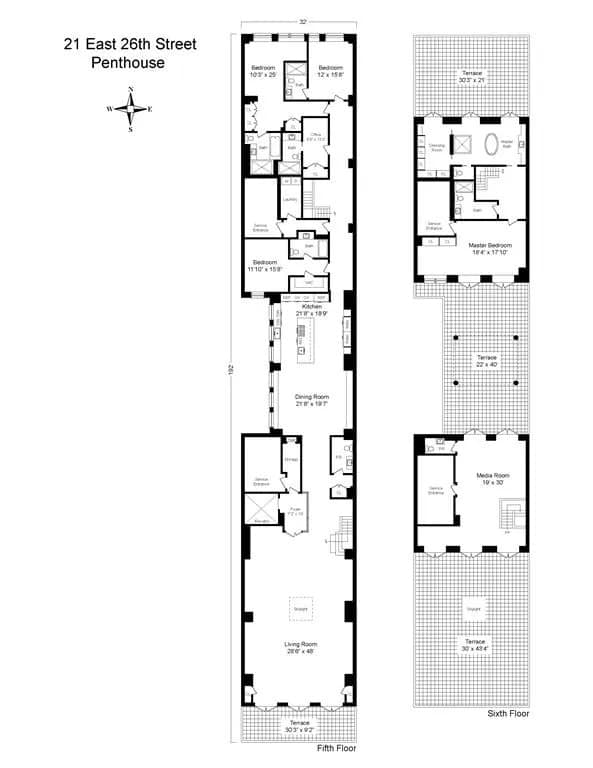 Lopez’s real estate portfolio doesn’t end with this penthouse: she also owns a Bel-air manse, originally bought for $28 million in 2016; a Hamptons property that she acquired for $10 million back in 2013; and a serene spot in Miami beach. Many publications, from celebrity gossip rags to business outlets, have admired Lopez’s multi-million-dollar real estate holdings. It appears that Lopez has room to let this palace go–and with the price drop, hopefully, she’ll be able to do so in less time.

So why exactly is she trying to sell “the crown jewel of The Whitman Mansion” anyway? Reportedly, the home is no longer meeting her privacy needs, and she may need  to dispose of it since relations are serious with her and Ben Affleck once again. Sources say they are searching for new locations in Los Angeles, where they hope to move in together soon. There is no doubt that the NYC penthouse is nice and suitable for a new affluent resident, but Lopez has still not had any luck in finding someone who is ready to take it off her hands. While Lopez enjoyed the luxuries of the Madison Square Park adjacent pad, it looks like she is already preparing to make LA her new home.

Based on the market, if Lopez wishes to re-list her pent house, it may require another price cut, but there is no confirmed conversation around that just yet. It could be the times, or maybe the desire for a luxury apartment in the Manhattan sky has diminished a bit. While Lopez takes strides toward a more private life in LA, she’s also managing multiple responsibilities, including various media projects, kids, and properties. May the odds be in her favor in the coming months as New York enters its usually slow real estate season.