HDFC Co-ops: The Ins and Outs of Income-Restricted Housing

With real estate prices ballooning across New York City, many individuals and families with limited income have begun to give up on the idea of ever purchasing a home of their own. However, for some of these people, HDFC co-ops may provide a feasible path toward first-time homeownership.

What (and Where) Are HDFC Co-ops?

Housing Development Fund Corporation cooperatives, or HDFC co-ops, are housing units overseen by the New York City Department of Housing Preservation and Development but owned entirely by the tenants, or shareholders. Unlike traditional cooperatives, however, residency in an HDFC co-op is limited to those who meet specific income caps.

In order to make ownership of co-op units more accessible, the city offers tax breaks and subsidies to reduce maintenance costs for residents. Because these co-ops are intended to serve as long-term homes rather than as investment properties, hefty flip taxes—at rates of up to 30%—are imposed on the resale of HDFC units. Taxes are even steeper when the owner has resided in the apartment for fewer than two or three years.

The HDFC program came about in the late 1970s with the goal of making homeownership more accessible to low-income families in order to break the cycle of poverty. The first HDFC co-ops were created when the city of New York bought and repaired neglected buildings and then sold them to residents at greatly reduced prices. Most HDFC co-ops are located in Upper Manhattan, Brooklyn, the South Bronx, and on the Lower East Side.

Who Is Eligible to Apply?

The greatest obstacle toward purchasing an HDFC co-op apartment is navigating their complex and at times contradictory income caps. As an added complication, these requirements vary from co-op to co-op.

Most income caps are calculated based on the area median income, or AMI. For example, an HDFC cooperative might require that a prospective buyer make less than 120% of the area median income in order to make a bid on a unit. Alternatively, applications might be restricted to those who make less than six or seven times the monthly maintenance fee. In either case, the income cap for an apartment also varies depending on the number of individuals who will be living there.

AMI-based restrictions have proven especially troublesome in recent years as gentrification has impacted the neighborhoods where HDFC units are concentrated. As more affluent families move into the area and the local median income increases, so do the asking prices of HDFC co-op apartments.

How Much Do HDFC Apartments Cost?

The first HDFC co-op units to hit the market four decades ago were sold for as little as $250 apiece. Today, however, HDFC units may cost up to several hundred thousand dollars or even be listed for over a million depending on their location. While HDFCs can still be 40 to 50% cheaper than similar local listings, this price point has grown continually further out of reach of the low-income buyers the apartments were intended for.

HDFC co-ops receive little financial support from the city outside of their tax breaks, so they depend on money made from the sale of units (received through the flip tax imposed on sellers) to fund their operations. And because co-ops are run by residents rather than professional companies, they sometimes lack the capability to organize the necessary financial records to allow banks to lend money to potential buyers. As a result, cash down payments—at an average rate of 20%—are frequently required to close on an HDFC co-op unit.

How Does the Financial Math Work Out?

Unfortunately, the restrictive income caps and steep up-front costs all too often leave buyers caught in a double-bind. For example, an apartment might be listed at $500,000 but be limited to buyers who make less than $67,000 per year. As such, it HDFC co-op units are sometimes only accessible to individuals with great savings but limited yearly earnings.

In the current economy, there are two main demographics who have rapidly begun taking over HDFC buildings: retirees and young people receiving monetary assistance from financially-established relatives. The wave of young new residents have sparked resentment from established HDFC shareholders who are more representative of the population HDFC co-ops were designed to help. While the families of these affluent youngsters are not technically doing anything illegal by helping their kids buy co-op units—most of these new residents are students, artists, or early-career professionals who meet the income caps on paper—the fact that they are taking over a housing resource intended for low-income families is considered by many to be unfair or downright unethical.

What Are the Steps to Buying an HDFC Apartment?

In spite of the encroachment of gentrification and the checklist of requirements HDFC applicants must meet, once you have a grasp on the tricky finances, applying for an HDFC co-op apartment is not much more difficult than making a bid on any other cooperative. If you believe that you fit the profile of an ideal candidate, there are a few steps you can take to simplify the process of finding and applying for an HDFC co-op.

A great first step is to seek advice from professionals well-versed in the complexities of purchasing an HDFC unit. The Urban Homesteading Assistance Board offers resources to “empower low- to moderate-income residents to take control of their housing,” including consultations on co-op applications. Other local organizations such as Brooklyn’s Neighbors Helping Neighbors provide similar services.

When hunting for your ideal HDFC co-op, you can simply use the search function on websites such as ours —or you can take advantage of UHAB’s “market and match” program, which is designed to pair eligible applicants with HDFC’s currently trying to fill vacancies. While finding a co-op on your own is very feasible, it is helpful to have a broker and lawyer familiar with HDFCs on your team when it comes to vetting your options and negotiating on price.

What Are Some Examples of HDFC Co-ops Currently on the Market?

If you’d like to take a look at some HDFC co-op apartments currently for sale in the city, check out some of the listings below! 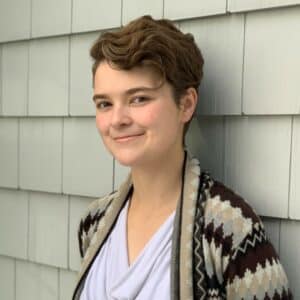 Previous articleCan I Build a New House for $100k?
Next article50 30 20 Budget: A Guide With Examples